Why to live in Mussoorie

The breath-taking views of the mesmerising beauty strewn all around the steep valleys and contiguous Himalayan snowy ranges are more than enough for Mussoorie to qualify for the epithet as the 'Queen of Mountains' - Also fondly called as 'Mansuri' by Indiansdue to the indigenous shrub 'Mansur' in this region.

Aesthetically confined to the foothills of the Garhwal Himalayan range at an average height of 2,005 metres, Mussoorie has the snowy hills to its northeast and is fringed by the Doon Valley and Shiwalik ranges in the south.

A wonderful escapade from the candescent nature of weather in the northern plains, Mussoorie was founded as a small town in the year 1803 by the Gorkhas. The hill station's summers are warm and quite moist with an average high of 23 °C sliding town to 14°C at night. Winters are rejoicing with spells of snowfall and daytime temperatures vary between 10 - 12°C and nights recording a near frosty 4 - 5°C. With diverse tourist attractions cutting across the town, the urban masses have the predilection to buy a property in Mussoorie.

Mussoorie is famous for residential schools like the Woodstock - the oldest residential school in Asia and government institutions like the LalBahadurShastri National Academy of Administration where officers are trained for the IAS and IPS. Mussoorie also offers unparallel adventure sports likeZip line, Sky Walk, River Rafting, Valley crossing, Climbing, Rappelling, Camping, Mountain Biking and Paragliding.The aspirants of world class education / adventure sports search for a flat / house for rent in Mussoorie due to which the demand and rental value of property in Mussoorie is ever increasing.

The scintillating environment with nature's charisma exuded by the hill station has enamoured theindividuals trapped in city life to search for a property for sale in Mussoorie which turns into a buy decision soon due to the lower real estate price in Mussoorie comparing to the major north Indian Cities. A plot in Mussoorie around the famous tourist spots with awesome view are in the hot selling property category.

There has been an ever expanding league of second home aspirants in the hill station and the population of Mussoorie in 1901 has also grown by 400% in 2001 which led to a persistent requirement for different types of house for sale in Mussoorie especially around the educational institutions, mall road and in between Dehradun and Mussoorie.

Tourism and agriculture are the mainstay of Mussoorie's economy as both the industries are responsible for kindling the other ancillary sectors.With regards to agriculture, basmati rice and vegetables like Potato are widely cultivated in Mussoorie. Due to the huge demand for the famous basmati rice from this region across the world, its commercial value and export opportunities, the agriculture land for sale in Mussoorie easily vanish from the online property portals.

Mussoorie is a unique hill station with winter line phenomenon from its highest point ofLalTibba, amazing view of Yamunotri, Gangotri, Kedarnath, Badrinath and multiple adventure sports due to which the tourist attraction and related business scopes like transportation, hospitality – restaurants, cottages, home stay and hotels in Mussoorie are ever increasing. The overall prosperity prevailing in the place is reinforced by the fact a Resort / Guesthouse / Hotel for sale in Mussoorie very easily finds wealthy buyers since the Accommodation Aggregators like AirBnb and Vista Room offers the property owners regular rental income deals.

Why to invest in Mussoorie

Mussoorie became one of the first towns in India to get electricity and a hill station where Indians were not allowed to visit under the British Raj. Due to which it was a craze among wealthy Indians to invest and own a property in Mussoorie since Independence.

Infrastructure development in the recent times like Dehradun - Mussoorie Rope way project clearance which can carry about 1000 passengers at a time to Dehradun in less than 15 minutes, high-tech parking facilities inside Mussoorie town, proposed conversion of the residence / observatory of Sir George Everest (The 1st Surveyor General of lndiawho surveyed the height of the World's highest peak) into a Museum Complex, upcoming Asia's largest wildlife elevated corridor of about 12 kilometres for unrestricted wildlife movement, etc will ease the traffic and boost the Real Estate in Mussoorie and tourism related business scopes sharply.

The circle rates – the government prescribed minimum value at which a commercial or residential property of any type like apartment, plots, and villas can be sold has been increased by the state administration which indicates a active and healthy real estate market in Mussoorie and its contribution to the state's revenue. A sea change in technology has shifted the modalities of Mussoorie property market to digital space to buy or sell property online easier and faster.

The Uttarakhand government approves the purchase of properties by buyers from other states.According to the guidelines of the MDDA (Mussoorie Dehradun Development Authority) outsiders are not restrained by any land ceiling for purchase within the municipal limits of the town and investment in Uttarakhand has been simplified. 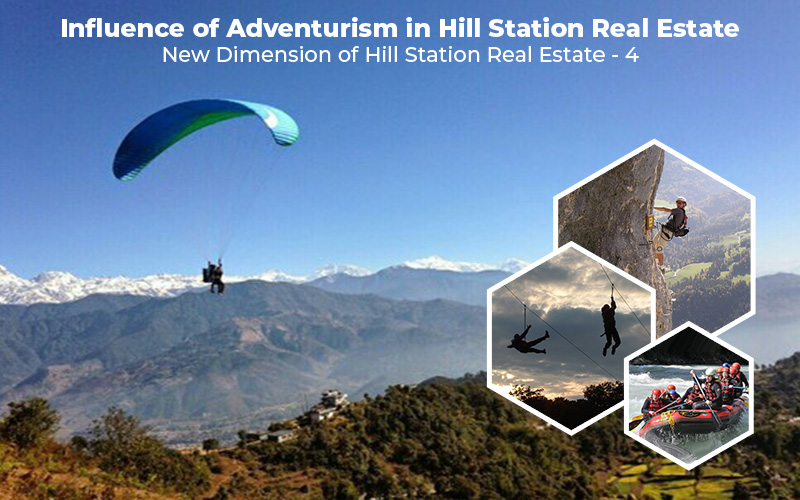 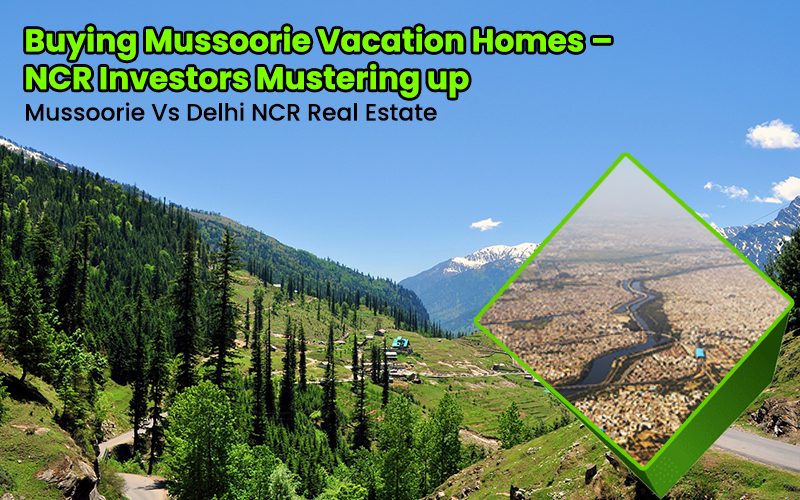 Battling heat waves and extreme variations of temperature in different seasons, coupled with unsafe rise in pollution has inveigled the residents of Delhi NCR (National Capital Region) to invest in a second home in Mussoorie. At the best, the home up high in the hills also becomes a vacation home with the underlying prospect of renting it out for tourists when unoccupied by the property owners. A property in Delhi NCR requires a huge investment to be bought and except for the advantage of easy...Read More