Why to live in Darjeeling

The awe-inspiring view of mighty peaks of the Himalayas, mesmerising sight of India's tallest peak Kanchenjunga with varying colours during different times of a day, snow clad slopes on one side with ornate tea gardens on the other, Darjeeling (also spelled Darjiling) easily wrests the honour as the 'The Queen of Hills' and it is also known as 'The Land of Thunderbolt' due to its etymological origin from the concatenation of the Tibetan word 'Dorje' which means Lord Indra's thunderbolt sceptre.

Darjeeling is situated at an altitude of 2,042 metres in lower Himalayan range and nestled between Tibet, Bhutan, Nepal and West Bengal. The summer temperature oscillates between a maximum of 25°C in daytime to 10°C in nights, wherein winters register 19°C at day with nights freezing at 1°C or just below that.

With diverse culture, religion, traditions and communities like Anglo Indians, Bengalis, Nepalese, Tibetans living in harmony and without much snow fall, Darjeeling is one of the safe, enjoyable, comfortable, all weather hill station and can be accorded the fame as the darling of a hill station in West Bengal. So, a house for sale in Darjeeling finds many buyers among the tourists willing to be domiciled in the hill station.

With numerous century old British era schools and boarding institutions like St.Paul's School, Mount Hermon School, St. Joseph's School and Loreto Convent, Darjeeling is the educational hub in North East India. In addition, Darjeeling is famous for mountaineering institutes like Himalayan Mountaineering Institute - One of the top in the world. The educational centres of excellence have a special position in Darjeeling though its tea estates that encompass most of the region. If anyone post property Ad online for sale or rent around these institutions, they get multiple offers in no time. The rental value and property price of house, bungalow, villa, flat, plot, farm house in Darjeeling is lower while comparing Kolkata.

Home to multi-ethnic and diverse groups, Darjeeling is the most popular tourist destination as a hill station in eastern part of India. With no stipulated restrictions on buying properties in Darjeeling, the place is a real estate bathed in nature's glory of all kinds. The land appreciation value gallops fast every year and the investment made in Darjeeling real state pays rich dividends in future. A property in Darjeeling is visualized as the realty vaunt of the high fliers relishing hill station properties.

Tea plantations have played no less a pivotal role in the development of the region since 1841 when it was introduced and cultivated here by the British. The appropriate climatic conditions enable the tea leaves to acquire a distinct flavour and are a much appreciated beverage variety among the tea lovers around the world with the geography indicator. Darjeeling has the pride of producing about 7% of India's total tea output and prices of its tea variety are on par with other international flavours. Discovering a property for sale in Darjeeling in the top localities is always on the wish list of the people valuing personal space and spending quality time.

Why to invest in Darjeeling

Residents of Kolkata form the major share of property buyers in Darjeeling. The stranglehold of congestion in the eastern metropolis has led people to inhabit Darjeeling for a brief period at the peak of summer every year. Ranging from vintage to contemporary, each property has a good resale value in the town. Darjeeling occupies an envious place in West Bengal real estate and there is steady demand to buy properties in Darjeeling while it is just a matter of click to sell Darjeeling property online.

Being the unique hill station with the view of Mount Everest and Kanchenjunga peaks, the prime doorway to the Dooars region and the adventure sports & nature lover's paradise, the tourist attraction and related business opportunities are ever increasing. Darjeeling is a splendid hill station to invest by any nouveau riche who has made their bounty in the recent years, riding high on the post-recession period. Eying every land for sale in Darjeeling, these people are rarely hesitant about the property prices. 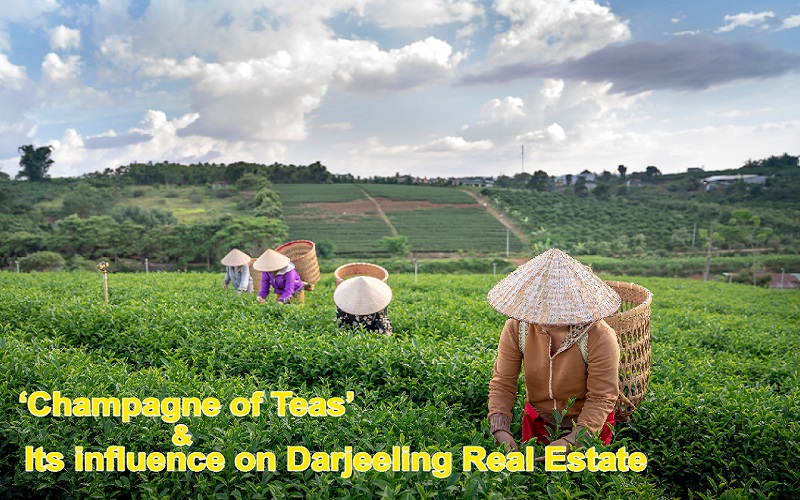 Beverage lovers the world over with a penchant for premium quality tea identify the Darjeeling variety as their top favourite. As one of the most coveted tea variety in the world, the connoisseurs of Darjeeling tea bet on its high standard and flavour. The exotic variety of Darjeeling tea is a wonderful mystique to be experienced in every sip. The tea variety is adored as a luxury brand worldwide for its taste and has a good demand every consecutive year. The teas cultivated at an altitude...Read More 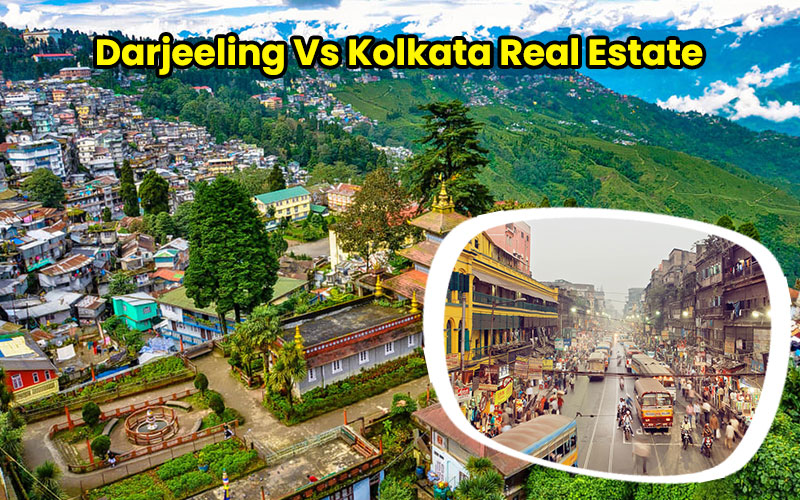 Manoeuvring the melange of lanes with much hardship in the city of Kolkata is an adventure by itself enough to test one’s patience. Amidst the constant humdrum in the roads of the metropolitan people go about their lives and relevant daily chores with a yearning for a noise free environment. Except for the late night hours finding an ambience of peace is a herculean task as the citizens have a desire to shift to places known for tranquillity. The property rate in Kolkata is arching out of...Read More

Yes. "They are not making land anymore"- It is a famous quote and real estate is the best investment on earth, in general. Cities expand horizontally and vertically whereas hill stations can't, hence hill station real estate is flourishing ever and independent of economy fluctuations – NRI's preferred investment.