Why to live in Kullu Manali

Enshrined with ancient spiritual places of interest of different faiths amidst the mighty Himalayas with gushing rivers and surroundings attired with snow, the Kullu is famously known as 'Valley of Gods'and Kulanthpitha' that means the ending point of inhabitable world.

A combination of three adjacent hillswith happiness nonpareil as it has an exciting array of adventure spotslikeriver rafting, paragliding, ice skating, mount biking, heli-skiing, rock climbing and snow capped passes like Rohtangas well as hot water springs, Manali is popularly known as 'The Honeymoon Capital of India' and 'Abode of Manu'.

Kullu is situated at an altitude of 4193 feet on the bank of the Beas River and Manali is located at an altitude of 6730 feet from the mean sea level on the snow-capped slopes of the PirPanjalin the Kullu valley at a distance of 40Km from Kullu. Both of them are known as Twin Towns and commonly spelt as 'Kullu-Manali' due to their close proximity and the tourist’sinterest to visit both of them due to its diverse beauty and speciality. Kullu Valley is situated between the Lower Himalayan and Great Himalayan Ranges.The dazzling scenic beauty, heritage sites like UNESCO recognized 'The Great Himalayan National Park', wonderful climate range of -7°C to 30°C with an enjoyable snow fall season and the aura of the place filled with transcendental magnificence instils tranquillity, craves anyone to own property in kullu manali which is a bliss of perpetual joy.

Due to considerable settlement of Europeans in Kullu-Manalilike Kasol(Called as Mini-Israel') and their influence, there are many western enthused restaurants, bakeries, pubs and cafes. This attracts more international tourists here and many of them search online for independent house for sale in Manali/ Kullu to buy their second home since the ambience resembles their nativity andthe cost of living is very low comparatively.

Kullu-Manali region is famous for winter and adventure sports like India's highest sky bicycle track in Gulaba, thrilling river rafting in Beas River, trekking / camping / paragliding in Solang Valley (Called as the Snow Point) and skiing in high altitude Rohtang Passand International completion like 'Alpine Premier League' and National level winter sports are conducted here. The tourists related to this segment, browse online to rent apartment / house in Manali / Kullu to stay long timefor practising these sports. Due to this demand, house owners in Kullu-Manali get their property occupied as soon as they post property Ad for free online.

The surge in the rise of second homes at the turn of the 21st century due to the tremendous advances made by Indian economy is benefitting all the layers of the society. Kullu - Manali has achieved the distinction of being the most vaunted for the holiday homes due to its natural beauty, unique sports activities, magical weather and the terrain has recorded construction of houses on a wide scale. This has paved the path for the evolution of online advertisements of property for sale in Manali/Kullu with different views and amenities.

Even in the ancient time, Manali was thestarting point of a trade route which crosses the Rohtangpassand runs viaLadakh to Kashmir. The newly constructed Atal Tunnel (Rohtang Tunnel), the world's longest highway tunnel above 10000 Feet altitude on the Manali -Leh Highway which reduced the distance between Manali and Keylong by 60Km and thereby to Leh also converts it into an all-weather road. This improves the connectivity to Leh, Ladakh and Kargil with rest of India and Kullu-Manali will be the fulcrum point of this region's economy.

Kullu-Manali has been one of the top benefactors of tourism industry and the sector attracts visitors internationally too for winter and adventure sports. The tractionof growth brought by the industry has quite veritably uplifted the per capita economic status of the local people.

A predominant 80% of the workers have agriculture andhorticulture of apples, oranges, pears as their main occupation. The Beas river valley produces the best apples in the country due to the ideal climate and soil condition and that is the reason the British introduced the apple orchards in India first in this region - At Kullu in 1870 and at Manaliin 1884.Hence the land for sale in Manali / Kullu for agriculture is on high demand always.

Why to invest in Kullu-Manali

The new 4 lane road from Chandigarh to Manali and widening of national highway between Delhi to Manali will drastically reduce the travel time from these metros and increase the interest of these city dwellers to own their second home in Kullu-Manali for summer retreat, vacation or retirement.The Manali real estate stridently continues to unlock its hidden potential with a slew of properties set in enchanting landscapes and are favoured by investors.

Investment in Himachal Pradesh and decision to buy property in hill station is always hailed as a prudential decision since it is a foregone calculation that it would be certainly profitable and reap substantial gains in the future. Once a picturesque sleepy hamlet, the hill station has gradually grown into a major tourism destination of the country.With more and more tourists coming in Kullu-Manali, the number of hotels and other accommodations are shooting up. Sensing the business potential, the businessmen have joined in the bandwagon to bring a boost in the Kullu Real Estate scenario.The wonderful hill station of Kullu-Manali is not only a hot destination for the tourists but for the people in real estate business as well. 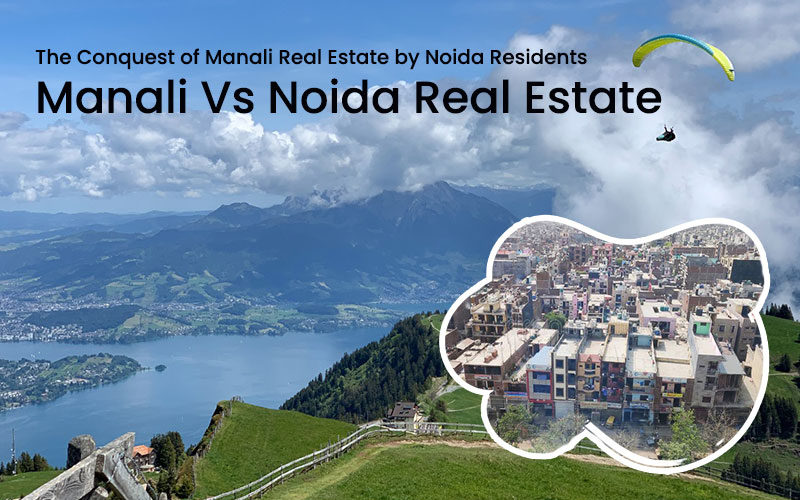 The worrisome levels of air quality index exacerbated by the rising pollution have seeded the thought of migrating to safer zones among the urban residents. The National Capital Region or its equivalent catchy abbreviation – NCR of which Noida is a part of was visualised to offer the required land pool after the space availability in Delhi was enduring a crisis. The glitzy real estate in Noida found new fame among the investors as they thronged the place on account of its planned development...Read More 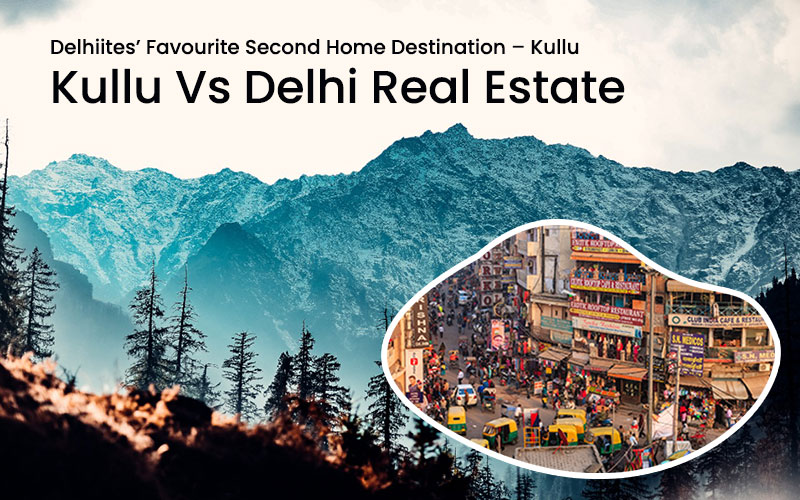 With exponential growth of population beating most of the projections made earlier and the bursting at the seams conditions prevalent in Delhi, there is a strong aspiration for the occupants of the city to look for greener and pollution free pastures. Another major irritant is the staggering rise in the number of vehicles and the high percentage of new automobile owners entering the market every year that has contributed to the dangerous rise in pollution levels. A property for sale in Delhi...Read More