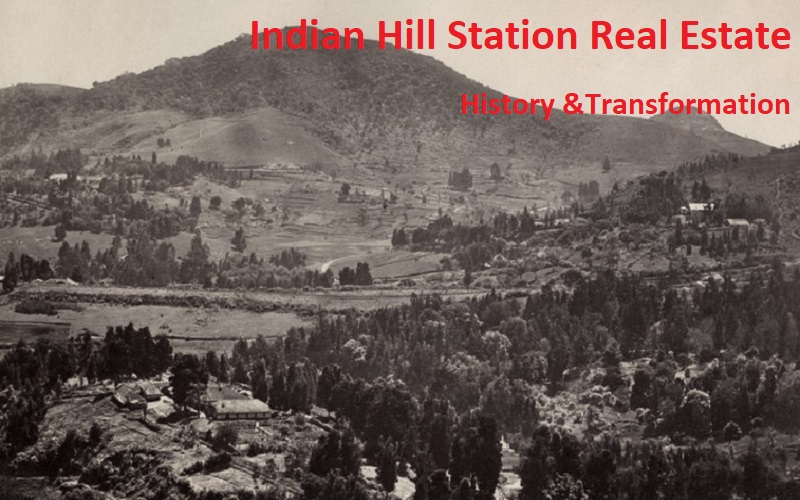 In the past and for a long time, there was a strong belief in India that hill station properties can be owned and enjoyed by elites only.

Earlier most of the Indian kings use to spend the summers in the hill stations. Later the British discovered most of the hill stations in India including Ooty, Coonoor, Shimla, Nainital, Darjeeling, Mussoorie, Dehradun, etc, and developed them for their own benefits to retreat from the searing summer heat, escape from tropical disease and socialize, but discouraged or restricted the entry of Indians in certain hill station areas. For example,Indians were restricted from using the major thoroughfares in Shimlaespecially the famous Mall area. These scenarios of discriminationjustified such belief.

Why it was Affordable to the Elites Alone in the Past?

The scientific and social developments down the line transformed the hill station real estate. This happened in three phases

Type of Development at Hill Stations: The British developed the road infrastructures and rail links (like the Mountain railways in The Nilgiris, Shimla and Darjeeling) for safe and quick transportation to hill stations. They also developed the basic infrastructure in the hill stations like the markets, educational institutions, hotels, churches, clubs, race courses, boat clubs, etc for their safe living and recreation in addition to military cantonments at strategic locations.

Motive for Hill Station Development: British had a tough time with the hot Indian weather at plains and the related diseases it bought on those days. They started developing the hill stations as sanitariums for their army to take rest and recover from their illness, for their families to live in a comfortable climate and kids to study and socialize among themselves in a luxurious way.

Type of Hill Station Real Estate Transformation: It laid the pathway for the high net worth individuals (HNI) of India to use these public transport systems to reach the hill stations, stay in the hotels built there and explore the hill stations to source a property for their own. Their main intention to own a property in the hill station was to enjoy the elite life style, develop relationship with the British and demonstrate their social status to their friends and relatives.

Type of Development at Hill Stations: After the independence, Government of India carried forward the infrastructure developments in hill stations from the place where the British left. This phase of development involves establishment of residential projects, tourist spots, hospitals, agriculture facilities, banks, etc

Motive for Hill Station Development:  The motive of this development was to increase the tourism in the hill stations and thereby develop the backward hill region’s economy.

Before the arrival of online property portals, the common man did not have any clue about the property price in hill stations and they used to believe that it would be much higher than that of the cities at plains. The common man did not have much opportunity to get connected with real estate agents in the hill stations to explore its real estate. But the habit among Indian middle class travelling to hill stations for vacations started increasing due to the changes in socio-economical factors during which the mesmerizing beauty of the hill stations, its clean environment and peaceful lifestyle induced the interest among most them to own a property in hill stations.

Upon arrival of online real estate portals after 2000, the common man is not only able to see the property price in the hill stations but able to compare its price with the cities where they live in plains and understand the affordable hill station property prices. In addition they are able to visualize the beauty of such properties amidst nature through its photos and videos on the digital platform which motivates many to own their dream property in hill stations without doubt.

Now hill station properties are affordable to anyone!

At present,owning a hill station property is considered as an essential investment than the social status enhancement factor in the past due to the recent pandemic and need of social distancing life style!!

So, now Indian hill station real estate is at its peak!!!