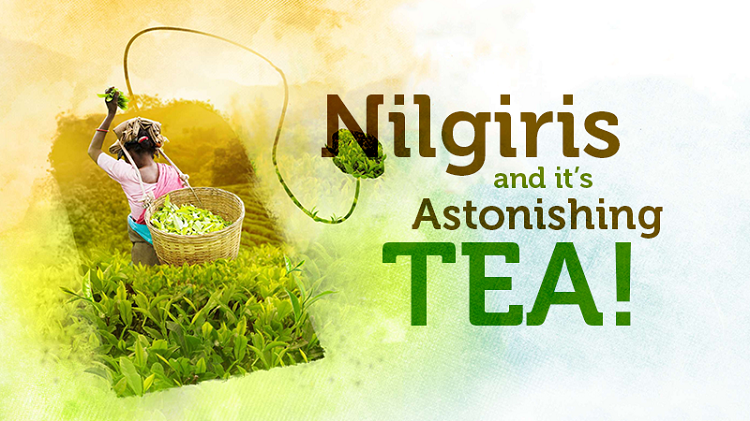 Second only to Packaged water

We all sleep, we all wake up – it’s just the same. What changes for each and every person is their morning routine and time that they wake up. Some might get up and stretch, some might go for a walk, some go right into the bathroom to take a shower, but there’s one thing that doesn’t change....

HOT BEVERAGES. Tea, Coffee, Milk or at least hot water is consumed by majority of the people on waking up. This tends to freshen up the mind from the night’s slumber, getting it ready to work the rest of the day. While 10 billion litres of Coffee is consumed all around the world, the population of Tea Consumers is a whopping 30+billion litres – nearly three times of coffee. Almost 2.5 million cups of tea are being consumed, every second, even now!

Tea has various varieties and various forms, and is famous across European and Asian Countries. People have been consuming tea for more than 300 years now, and it sure has its presence across various shelves, now. One such variety of tea that has been rocking the world, binding people to its unique aroma, taste and colour is the Niligiris tea, the pride of South India.

On a trip to Ooty, the Queen of South Indian hill stations, or any other hill station in the Nilgiris would make you observe a sheets and bunches of lush greenery, lining the slopes of the hills. A few people with a large basket and singing local upbeat songs, while plucking leaves from bunches of plants that are up to 4 feet tall. What this is, is something that’s iconic to the Nilgiris, other than the machine. This is the Nilgiris Tea.

This variety of tea, grown and exported to various countries all around the world, such as the Americas, Europe and so on, is a dark, intensely aromatic and flavoured variety of tea. The high elevation of the Nilgiri Mountains, creates the ideal environment for tea plants to grow throughout the year, having moderate to cool temperatures that don’t go more than 20oC, properly distributed rainfall averaging up to 1950mm and an altitude up to 2600m above sea level.

The Nilgiris’ Tea is also called CTC tea, a name coined out of the method at which it is processed. The leaves of the Camellia sinensis plant, or the tea plant is first fed into a machine called the CTC machine, where the fed green tea leaves come out processed as green pellets, and passed through a conveyor belt while blowing hot air to oxidise. This method is generally used to produce tea for tea bags. Though this is a common process now, the Nilgiris were once pioneers in using this method to produce tea.

History of this aromatic leaf

Many travellers and historians had travelled up and down the Nilgiris, trying to understand this unique beauty, amidst a land of hot and tropical weather. Various experiments were constructed, and this place was flocked with Britishers and Europeans. Tea, now something staple to the Britons, was once something new and different, that they found out from the Chinese. During the early days of the amusement of tea for the British was when Dr. Christie, a Surgeon from the then Madras (Provincial Chennai), imported tea seeds from China, and nurtured them here, in the Nilgiris. But since he died before he could get his hands on the seeds, the seeds were distributed among different groups of the British. They cultivated, and the experiment was a failure.

This brought along various other such experiments by various other British and European People such as Georges Guerrard-Samuel Perrottet, a French Botanist, Lord William Bentick, Governor General of India, and the others determined the future of tea in the Nilgiris, and thus various iconic tea estates such as the Coonoor tea estates were formed with seeds imported from China.

We, at Hills & Wills, do whatever it takes to get to know inside out of any hill station that we deal with, be it commercial knowledge or domestic. While we voraciously searched for more and more questions to answer, this penultimate question arose.

What makes Nilgiri Tea so special?

The Nilgiris Tea is a sibling to the Darjeeling tea and Assam tea, and strikes a difference from the rest of the siblings with its perfectly balanced flavour, aroma and bitterness, fit for commoners as well as the high class. One more speciality of this tea is that it doesn’t cloud up when mixed with water, and is rather clear – this quality is unique to Niligiris’ tea. Certain varieties of this tea, known as the Orange Pekoe, which is the full leaf variant of this tea, is highly sought after in international auctions and has been sold for World Record prices of $600 per kg. This shows the elite potential of Nilgiri Tea.

A tea common for all; for the Queen as well as for her subjects.